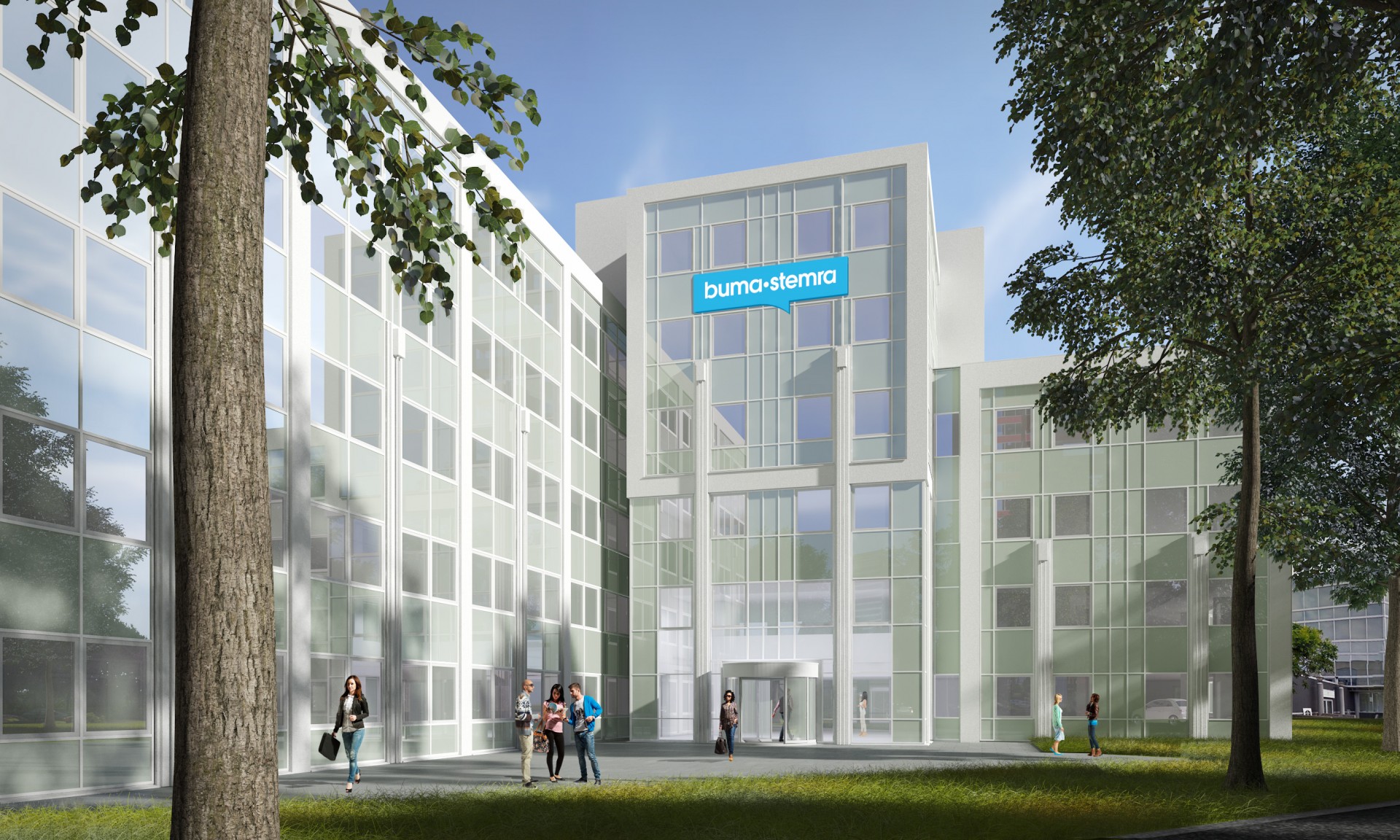 Buma/Stemra will be moving to the Azura office building at Hoofddorp in early 2018. The company, which represents the interests of composers, copywriters and music publishers has signed a multi-year lease with MCAP Global Finance. Buma/Stemra rents approximately 4,100 sq.m. of office space at 40-62 Saturnusstraat.

The property was acquired at the end of 2016 by Marathon (MCAP), at the initiative of UniforeDMC (an asset management company), as part of the Mercury portfolio. Six months after the sale of this building (which is opposite the Hoofddorp train station), around 75% of its floor space has been leased. The lessor will completely renovate the building before Buma/Stemra moves in. A new entrance will be created on the side of the building that faces the station. This will serve as a gateway for the office area behind it.

Azura is located in the Beukenhorst West office complex. The Haarlemmermeer local authority wants to revive this site, together with market players. In this connection, on Tuesday 30 May, an announcement appeared on Provada stating that Snippe Projecten BV and IC Netherlands planned to create a new urban district here. This will be one of the largest private-initiative redevelopments in the Randstad conurbation.

The lessor, Marathon (MCAP), received guidance from its asset manager, UniforeDMC, during this lease transaction. The tenant, Buma/Stemra, was advised by CBRE.