2019 is expected to be a strong year, not a record year

Although 2019 will be a good year for the Dutch real estate sector, the total investment volume will be lower this year than in record year 2018. Due to increased risk factors, investors are becoming more cautious. This is one of the main conclusions in CBRE’s report The Netherlands Real Estate Outlook 2019, published today. The publication includes the trends and forecasts for the Dutch real estate market.

CBRE bases its forecasts on various factors that have an impact on developments in the real estate sector. For example, economic growth will decline in 2019 due to a tight labour market and increased financial and geopolitical risks around the world. Examples include concerns about the possible escalation of trade conflicts between the United States and China and other trade partners, turmoil surrounding the budget deficit in Italy as well as Brexit, and rapidly growing debt levels worldwide. Another factor is the development in the funding market, to which major Dutch banks have responded by being more cautious. In the event that this trend continues, it may have a considerable impact on funding for Dutch real estate – and in turn on the investment market.

Interest rates to remain low in the long term

Despite these developments, CBRE still predicts a good year for the real estate sector. Interest rates will remain low in the long term and are not expected to return to the levels reached before the financial crisis. Most sectors are also performing well and demand for real estate currently exceeds supply. For homes and offices in particular, this will lead to rental growth in the short term. In addition, in 2019 there will be plenty of potential buyers and sellers in the investment market to provide liquidity.

The Netherlands now occupies a permanent spot in the top 5 investment countries in Europe. The Dutch investment market is also becoming increasingly diverse.

The housing market has overtaken the office market as the largest segment for real estate investments in the Netherlands. In 2018, for the first time in history, more investments were made in homes than in offices.

However, the development of new homes is lagging behind demand. New construction projects will only begin to catch up from 2020 onwards. The Amsterdam, Utrecht and The Hague areas will continue to face significant deficits for a longer period of time.

Through a combination of a limited current supply, fast-growing demand and a lagging number of new builds, rents will continue to rise in 2019. This trend is now also starting to develop in cities such as Utrecht, Rotterdam, The Hague and Eindhoven.

Private investments in real estate are on the rise. The total number of midcap transactions (up to € 20 million) has grown from over 1.5 billion to 3.1 billion since 2014. In recent years, investors in this segment have benefited from strongly increased property prices, rent rises and successful redevelopment projects.

In the Netherlands, more and more is being invested outside of the country’s capital. In 2018, 24% of the overall volume was invested in Amsterdam, compared to 32% in 2017. This trend will continue in 2019, with more investments in Rotterdam, The Hague, Utrecht and medium-sized towns.

The Dutch funding market is becoming more international with new arrivals on the market. Foreign investors have set their sights on the Netherlands as a new and interesting European market. The withdrawal of major Dutch banks in 2019 may lead to rising funding costs in regional markets. This is because foreign entrants are less familiar with these regional markets and use higher risk margins than established Dutch lenders. On the other hand, newcomers will definitely give certain asset classes a considerable boost.

Growing numbers of investors believe that healthcare real estate is an interesting long-term asset class. The market is becoming more transparent, the number of transactions is growing and the total investment volume in the sector has grown by approximately 300% in the past five years. A limiting factor in the Netherlands is the shortage of private sector care apartments.

Particularly striking is the growth in investments in new construction projects. Over (25%) of the total investment volume in 2018 consisted of new builds. Housing is traditionally the largest asset class, but the number of new-build investments is also increasing in the logistics sector.

The complete The Netherlands Real Estate Outlook report can be downloaded here. 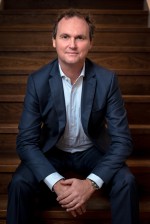 We are at a late stage in the real estate cycle. As a result, we see that growth is decreasing, in line with the countries around us. Through a combination of more geopolitical and economic uncertainty, including the change of course in the European Central Bank’s monetary policy, investors will exercise more caution. However, the Netherlands is one of the core countries in Europe. Given the available capital and relatively good results in the real estate market, we still expect to see a strong investment market in 2019. 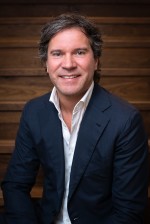 The US trend showing the housing market as the largest investment sector, has made its way to Europe. The residential sector is growing in most European markets, with the Netherlands and Germany in the lead. We expect to see strong performance in other sectors as well, such as the industrial sector. The combination of economic growth and e-commerce creates more demand for logistics real estate. Investments in healthcare real estate will also increase considerably. Healthcare is a true growth market.