Cities across Europe, the Middle East and Africa dominate half of the top 10 global markets occupied by international retailers with London retaining its number one spot in the rankings, reports CBRE in the ninth edition of its ‘How Global is the Business of Retail?’.

Overall, new cross border retail activity grew modestly in 2015 with the number of new entrants at city level up by 3.1%. Retailers focussed on a diverse set of markets in the same time period with 90% of the surveyed cities seeing at least one new entrant in 2015 (compared with 85% in 2014 based on a like for like basis) and 30% of the markets surveyed saw at least 10 new brands open a store. 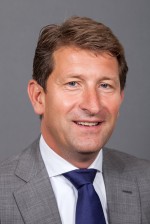 We still notice great interest of international retailers in the Dutch market. Partly due to a large number of bankruptcies, there is plenty of room for new entrants again. Both affordable labels like German sports brand Snipes and international luxury brands like Michal Negrin found their way to the Netherlands. Most foreign parties choose to establish their first shop in Amsterdam, preferably into large store premises at A-locations.

London and the UK retain the number one position for having the highest number of international retailers present. London also became the second most desirable city in Europe for new retailers with a total of 39 brands entering the city with over half of all new entrants originating from either France or the US. New entrants also included a large majority from the Food & Beverage sector.

Hugh Radford, Chairman - London Retail, CBRE comments: “Despite the perceived high rental levels and fierce competition for limited space, the UK and indeed London remain key global destinations for retailers looking to expand their store networks. In recent years we have seen other cities, such as Dubai and Shanghai, close the gap on London, but with 39 brands launching stores in 2015 alone, it continues to be the most penetrated city for international retailers looking to develop their portfolios. It’s clear that the UK’s capital remains a magnet for brands looking to announce their arrival on the international scene.”

Dubai is the second most popular market for retailers globally with 57% of international brands present. The city also attracted 38 new retailers to their market in 2015, with the majority of new brands originating from Europe and the US, with a lesser number from Asia and the Middle East.

Nicholas Maclean, Managing Director, CBRE Middle East Region, “Due to the economic situation in many home markets, retailers are continuing to look for alternative locations in order to drive future expansion capacity and Dubai continues to offer retailers a viable option to more mature markets without some of the risk normal associated with an emerging market.”

Dubai’s Food & Beverage (F&B) market has been a key focus in recent years and continues to attract significant interest from both international and home grown restaurant brands with Din Tai Fung and Five Guys being some of the latest names to open the doors to the public. The outlook for F&B remains positive and continues to see significant spending on socialising and eating out generated by UAE nationals as well as expatriates.

In terms of new entrants, Moscow attracted 40 new retailers in 2015, the highest number seen in Europe and fifth sought after market globally. Despite the country’s tense geo-political and economic situation, tenants have started to see more favourable terms compared those agreed pre-crisis. A large proportion of existing retailers were able to change the principle of rent mechanism from fixed rent to turnover related. The opening of retail schemes provided fresh location options and strong incentives for new retail players; despite weakened consumer demand.

Madrid entered the top target markets for the first time in 2015 with 23 new entrants. Many retailers put their expansion plans for Spain on hold during the economic crisis and this alone has created opportunities for other brands who have taken advantage of the attractive rents and prime high street space, where availability is usually scarce. This demand has led to the historical high street retail areas being extended in Madrid and Barcelona.

At a global level Hong Kong is now the top retail market for new entrants in 2015 attracting 73 new brands, up from 58 in 2014. Singapore follows a close second attracting 63 new brands, only slightly higher compared to last year, and last year’s top market, Tokyo, slid to third place after a slowdown in domestic demand.

Expansion into North America increased significantly in 2015 up from 3% to 13%. Strong upward trends in consumer indicators such as employment and job growth prospects may be attracting retailers who are looking at the longer-term growth prospects in the region.

In Canada, Toronto saw 26 new entrants as retail sales grew 3.2% in 2015. The city is forecast to grow another 4.5% in 2016 largely due to the cosmopolitan nature of the city with its large and diverse population.

Natasha Patel, Director, EMEA Retail Research, CBRE commented: “Cross-border retailer activity grew modestly in 2015 with the number of new entrants at city level is up by 3.1%. Hong Kong took the top spot for “hottest retail market” from Tokyo. Although the slowdown in retail sales and tourist spending has prompted some retailers to rationalise their store network or withdraw from the market, the sharp rental corrections in major streets in Hong Kong have created significant opportunity for expanding brands in a market which may otherwise have been out of reach.

“However as economic climates in the East start to experience oncoming headwinds, retailers will continue to look to new markets to expand their store networks and capitalise on prevailing economies, particularly in the West and more emerging markets such as those in Africa and Latin America.”

Mark Burlton, Global Executive, Retail Occupier team, EMEA commented: “With investment in to online platforms increasing, more scrutiny will be placed on store portfolios, ensuring that retailers have the right mix of locations. These ‘locations’ must incorporate a good omnichannel environment for consumers to engage with. Where space restrictions are becoming an issue, retailers are looking to target alternative retail formats such as travel hubs to grow their store networks as more emphasis will be placed on having the right mix of locations in a store portfolio.

“Shopping centres will play an important role in creating opportunities for new entrant expansion with owners having to reposition the assets so that consumers are offered a more comprehensive, leisure, lifestyle and Food & Beverage concepts as well as diversifying their traditional retail mix. Food & Beverage brands will play an increasingly important role in creating shopping destinations in the future as consumers look for location capable of meeting all requirements. New and fresh concepts will be key to keeping shopping destinations alive.”