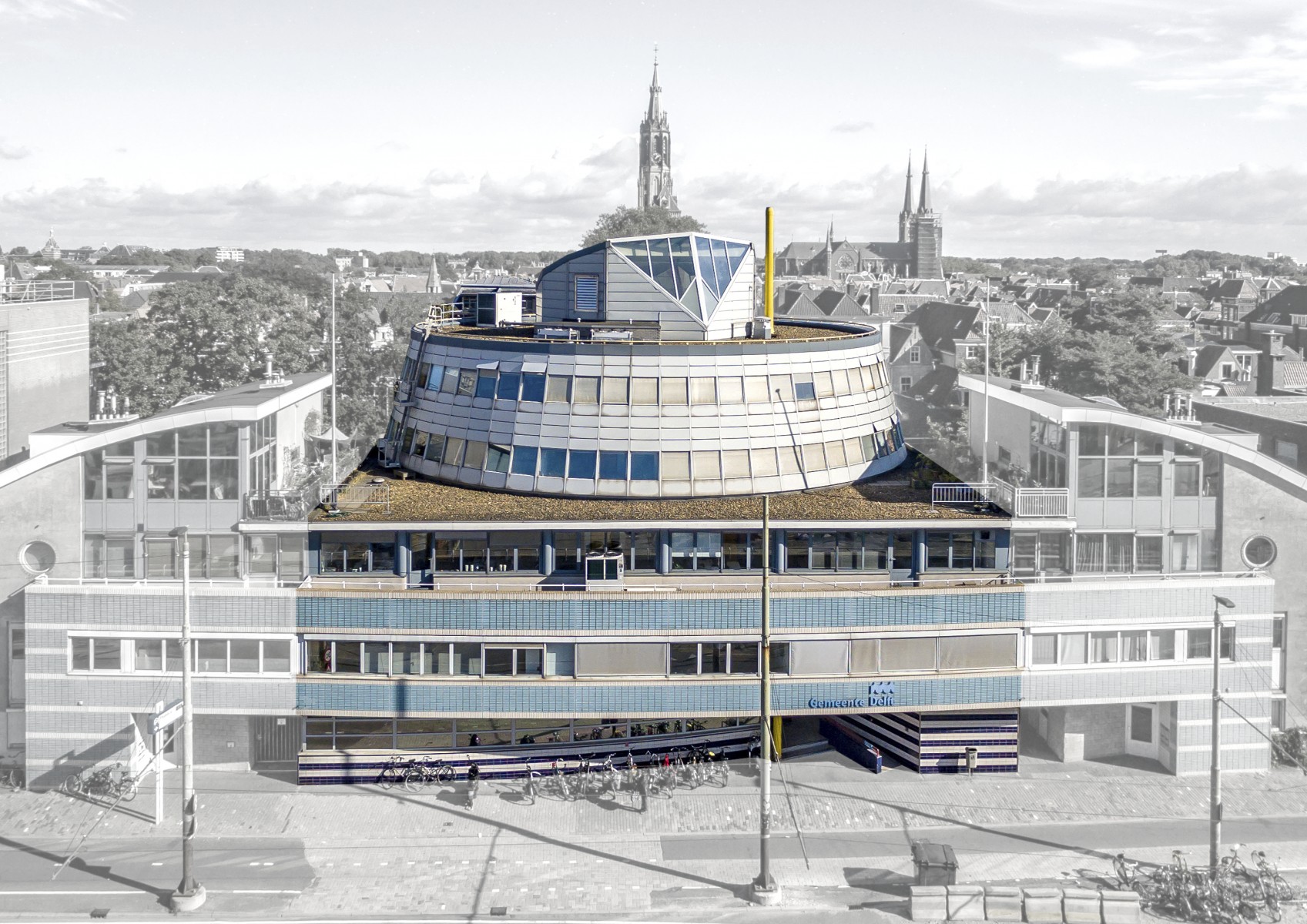 The City of Delft has sold its former council office building at 16 Phoenixstraat to Belgian real-estate player Xior Student Housing N.V. The buyer specializes in student housing in Belgium and the Netherlands, and plans to transform the building into approximately 100 independent residential units for students from the Netherlands and abroad. The building became available for sale when the council offices moved to a new location near the railway station. The parties involved have chosen not to make the selling price known.

The building has a total floor space of approximately 3,400 sq.m., spread across five floors. It is located at 16 Phoenixstraat, on the edge of Delft’s city centre, within walking distance of the historic Markt Square as well as the city’s main railway station. The property, designed by the architect Jo Coenen, was built in 1986. Its characteristic postmodernist design is crowned by the round ‘drum’ at the centre of its roof. The planned redevelopment of public space in the area – aimed at creating a more pleasant living and working environment – is set to transform Phoenixstraat into a bustling boulevard with plenty of greenery.

CBRE’s Mid Cap team advised the City of Delft during this transaction, with BarentsKrans serving as a legal adviser to the City.