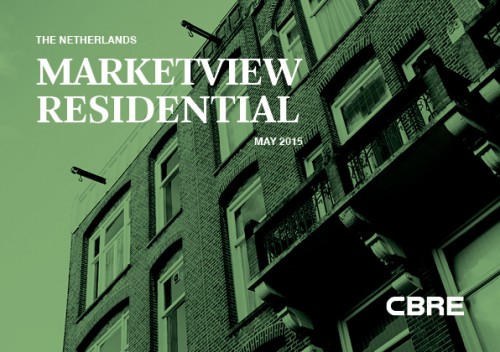 Marc van Tilburg, Research & Consulting Director of CBRE, points out that there is fierce competition on the market for new build projects in the Netherlands: "Last year a number of large housing portfolios were sold. But now houses are in short supply, which means that investors are currently mainly focusing on the new build market. While Dutch institutional investors accounted for 92% of all new build investments in the past year, foreign investors are now queuing up to get into this market segment. This fuels competition."

The imbalance between supply and demand of Dutch houses has also affected the prices. The large demand has increased the pressure on the initial yields for both family homes and apartments. Marc van Tilburg: "This also means that the gap between vacant possession value and investment value has been reduced for the first time in many years, which shows that investors have faith in the rental market."

Price increase throughout the Netherlands

The recovery on the housing market is also continuing on the owner/user market. While previously growth in rent and purchase prices was the prerogative of large cities, recovery is now evident in all the provinces of the Netherlands. The biggest price increases are occurring in the provinces of North Holland and Utrecht, where the property value increased by an average of 4.1% in the first quarter in comparison with the same quarter last year. With an average of 0.2%, houses in Zeeland and Overijssel saw the lowest price increases over the same period.

The four big cities show great differences in price increases. The prices for houses in Amsterdam rose by an average of 10% in the first quarter in comparison with the same quarter in 2014. In the second place was Utrecht, with a rise of 6.9%. In Rotterdam, the average property value rose by 3.9%. The Hague had the lowest price rise of the big cities, with an average increase in value of 2.5%. 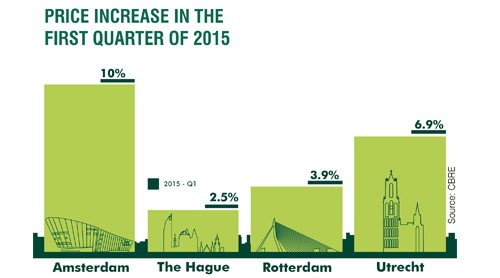 You can download the Marketview Residential on the right side of this webpage.