2020 turned out to be a record year for the Dutch residential real estate market. 7.8 billion was invested in homes, which was €230 million more than in 2019. This was due to an increase in the transfer tax that went into effect on 1 January 2021, and real estate purchases scheduled for this year were moved up. These are the results of a recent data analysis performed by real estate advisor CBRE.

Due to the fact that lots of residential real estate changed hands in December and a relatively large number of deals were not announced until later, the final processing of the data from 2020 has resulted in an update of the previous figures. “We knew that more was invested in real estate in Q4 than ever before in a final quarter”, explains Thomas Westerhof, Head of Residential at CBRE. “But the peak continued until the end of December and exceeded previous expectations, resulting in a record year for residential real estate.” A record for logistics investments had previously been mentioned, due to the growth of e-commerce.

The investment volume for this market has been growing for the third consecutive year. “This is mainly due to the fact that the residential real estate market forms a reliable investment category due to stable rents and the structural housing shortage”, explains Westerhof. “Particularly in the last year, this sector proved to be crisis proof and a safe option for investors.” 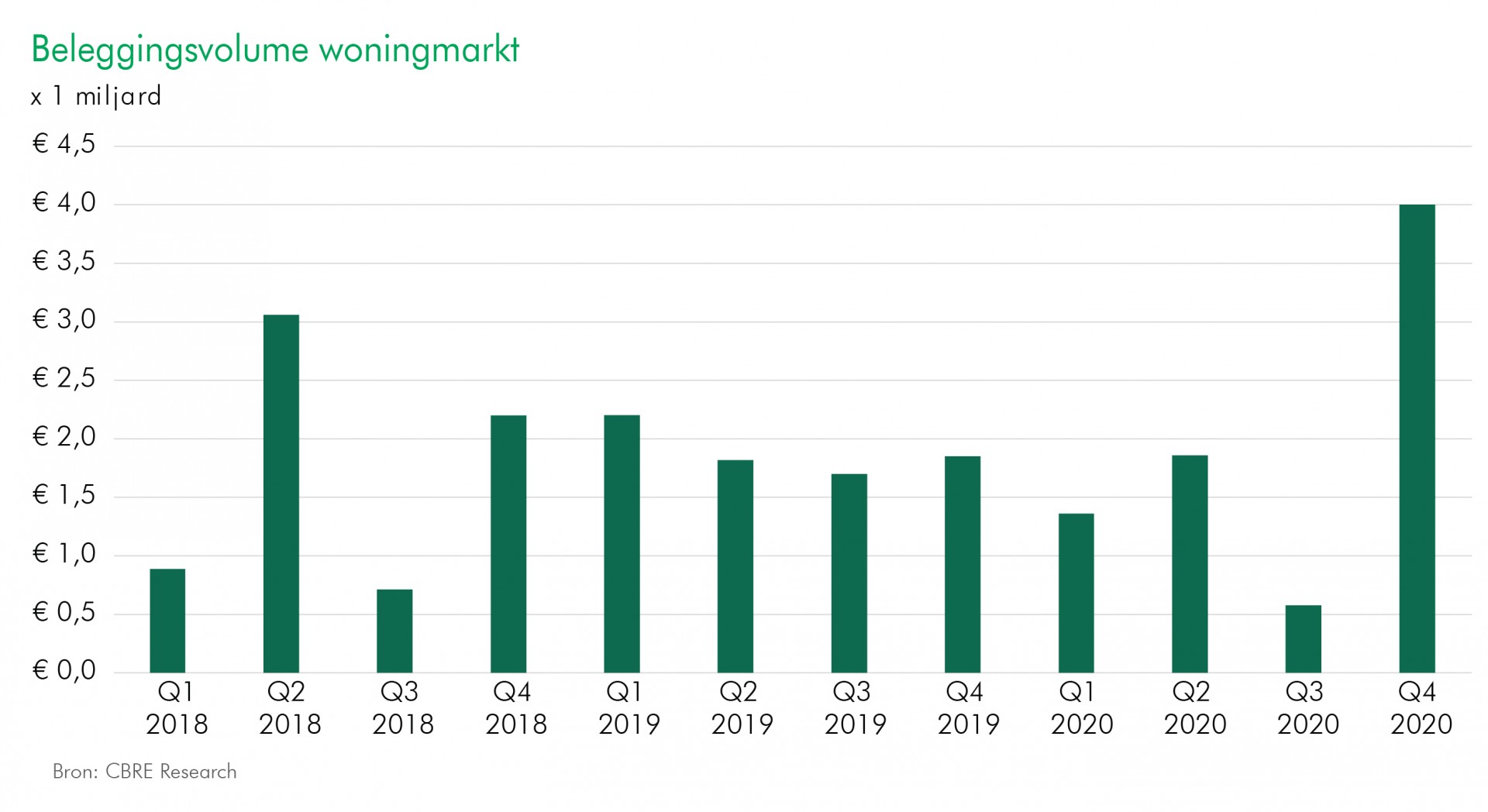 For the entire year 2021, CBRE is expecting a residential investment volume of approximately €7 billion. “We do not forecast an increase compared to 2020. The first quarter of this year started out pretty weakly, which is a direct result from the increase in transfer tax and the peak observed in the last quarter. We expect to see a growth in the volume after Q1 as residential real estate continues to be a desired investment object,” said Westerhof.

Now that the Dutch economy is opening up again, CBRE is seeing strong evidence of renewed interest in real estate investment. Although the first half of the year was quiet, the international real estate advisor expects market activity to pick up …
Lees meer
About CBRE