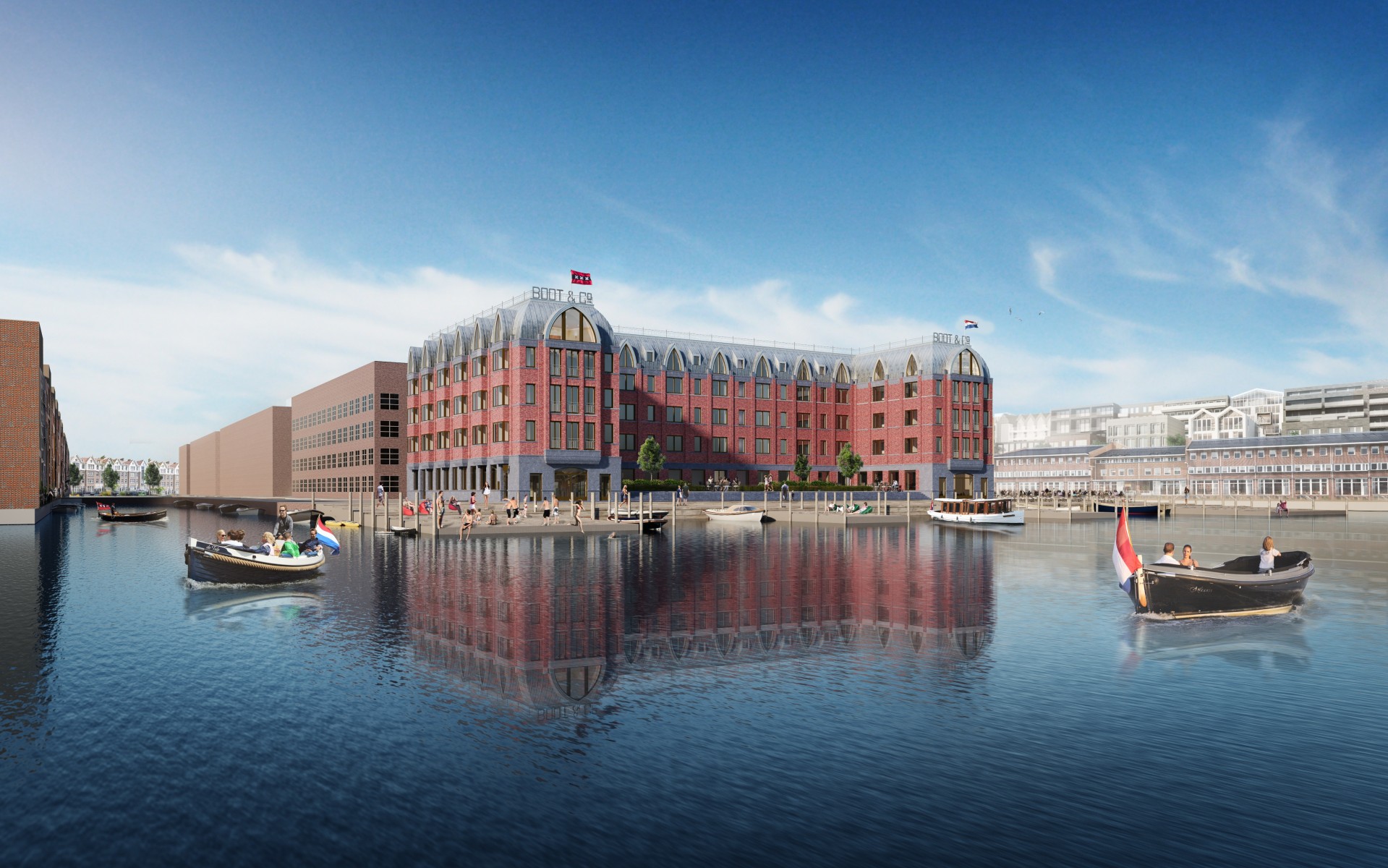 Today, a contract for the acquisition of Boot & Co in Amsterdam’s Houthaven was signed at PROVADA in Amsterdam. The Bouwinvest Hotel Fund purchased the hotel from a development consortium – Vink Bouw, IQNN Vastgoed and City ID Group.

Bas Jochims explains that this is a new and distinctive concept in Amsterdam, which is also distinctive in relation to other hotels in the fund. “The acquisition is very much in line with the fund’s expansion plans, which focus on effective risk diversification, such as diversification in terms of concepts.”

Boot & Co is operated by City ID Group. City ID Group hotels consist of apartments, where guests can stay for a few days or, more usually, for even longer periods of time. The accommodation has a homely interior design, to help the guests (who, on average tend to favour longer stays) feel right at home.

The building’s current gross floor area totals approximately 7,798 sq.m., spread over four floors and a basement car park. The hotel, which was designed by Kollhoff Architekten, is an ode to the ‘Amsterdam School’ style of architecture. The entire interior of the hotel is being designed by the Martin Brudnizki Design Studio, of London.

This sustainable hotel, with its 84 spacious hotel apartments, will have a resonance with the district’s past. The hotel will also feature a spa/fitness centre and inviting hospitality units located beside the water. In this way, it will serve as an inspiring meeting point and recreational area for Houthaven residents, and for visitors to the district and the hotel.

Construction will start in mid-2017. The hotel is scheduled for completion in early 2019.

The developers have been advised by CBRE Hotels and Kennedy Van der Laan (legal). CMS acted as legal advisor to Bouwinvest.

This press release has been distributed by Bouwinvest.