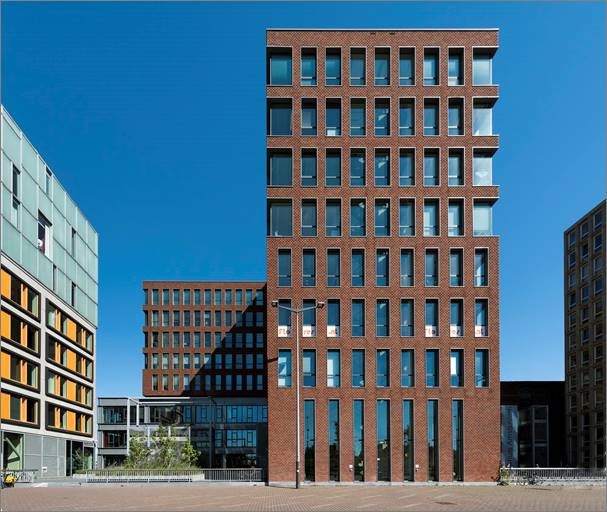 The Amsterdam School of Real Estate (ASRE), the real estate institute, has agreed to a long-term lease extension for its office space in Amsterdam. CBRE was ASRE’s advisor in the extension of the contract for approximately 1,500 m2 in Pakhuys Azië at Jollemanhof 5-7. Additionally, ten parking spaces in the parking garage underneath the building are part of the agreement.

Amsterdam School of Real Estate is a real estate research institute with a network consisting of professors, field and university teachers, research fellows, alumni and students. ASRE has the largest real estate library in Europe and has been a leading knowledge hub for more than 25 years. The office on the IJ river acts as a meeting point where colleagues can meet up and share knowledge.

Pakhuys Azië consists of approximately 7,600 m2 of office space spread across seven floors. The building has a view of the southern bank of the IJ river, where an attractive new city center was formed in the last few years. The city center is compiled of a mixture of houses, offices and restaurants, and contains both historic warehouses as well as modern architecture. The building is also a part of the ‘Pakhuysen’ compartment, which includes Pakhuys Afrika and Pakhuys de Zwijger as well.

Rubens Capital is involved as asset manager on behalf of the owner.