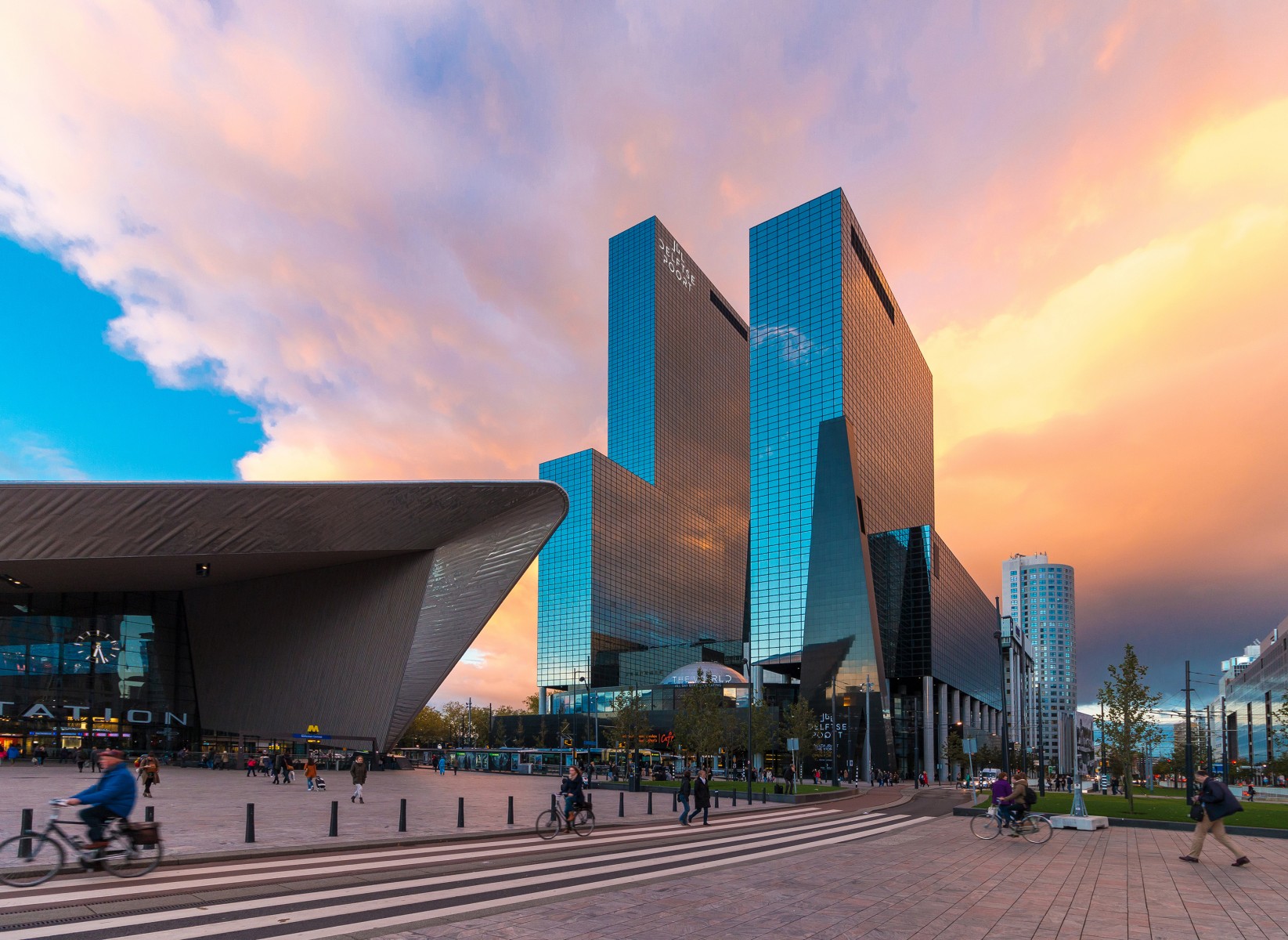 Petrobras Oil & Gas B.V. is an oil company operating in Africa that mainly focuses on extracting, producing and refining oil. The company will be coordinating all data streams from its new headquarters at Weena 505. As a result, high demands were placed on the building’s ICT facilities. Delftse Poort complies with these demands and offers everything POG B.V. needs, using a full-service concept. The entire floor that POG B.V. will occupy has also been renovated and fitted with new climate control systems with climate ceilings.

Delftse Poort is one of the most famous buildings in Rotterdam, designed by Abe Bonnema. It was recently fully renovated and is easily accessible thanks to its location next to the central train station. These characteristics combined with a high quality of service and a challenging new working environment in the heart of the Rotterdam Central District make Delftse Poort a prime location. The building is part of the CBRE Dutch Office Fund, a non-listed real estate investment fund managed by CBRE Global Investors.

CBRE recently published figures that show that the popularity of Rotterdam offices has risen significantly in recent years. Vacancy rates have halved since the peak in 2014. In the Central Business District, where Delftse Poort is also located, vacancy rates have even dropped by 55% compared to the highest level in 2016.