Sharp increase in rents expected across the office market 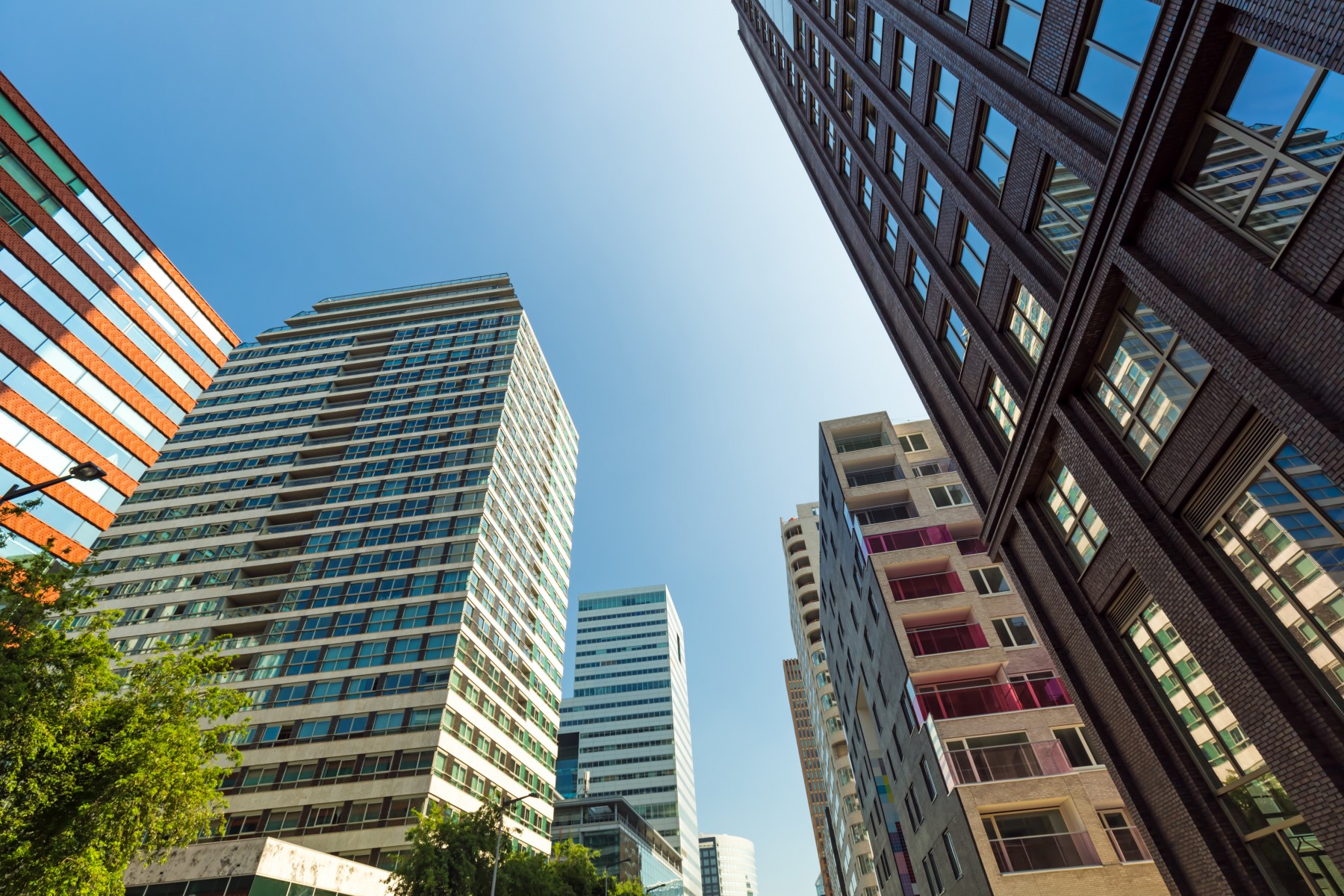 The office market in the Netherlands’ five largest cities is stronger than ever and capable of withstanding a potential recession. In the event of an economic downturn and a fall in demand for office accommodation, there will be little or no impact on the relationship between supply and demand in the market. Based on the current state of play, office rents are set to increase sharply in the years ahead, even in the event of an economic downturn. This is according to a stress test conducted by international real estate advisor CBRE.

CBRE examined the impact of a potential economic recession in the next three years. They compared the current market with the situation in 2007, just before the start of the financial crisis, and the period following that (2008-2014). During those years there was low demand, combined with growing vacancy levels and supply. The comparison reveals that the current market is far healthier than just before the crisis in 2007. In the event of a recession, vacancy levels will not reach the low point seen in 2014.

Because demand for office accommodation will exceed (new) supply in the years ahead and office users are primarily interested in modern buildings, rents will increase sharply across the office market. This will make offices in prime locations increasingly less affordable for companies.

The situation in Amsterdam is particularly striking, since vacancy levels there are expected to fall to a historically low level. However, Rotterdam is an exception in the analysis. Vacancy levels in 2007 were lower than they are now as a result of the subsequent departure of companies in the financial sector during the crisis. Despite this, vacancy levels are also highly likely to fall further in the years ahead as a result of transformations. However, the differences in the relationship between supply and demand mean that every city faces its challenges.

According to CBRE, the increase in rents offers opportunities for cities other than Amsterdam.

The results are in line with our impression that the Dutch office market is enjoying strong development across the board. Business in the Amsterdam region has seen the strongest growth, but this is now reaching its limits. Office users are beginning to focus on other cities. This means that it is important for those cities to position themselves carefully, by taking a good look at what companies need.

Eindhoven is a good example of city that has built itself a clear profile thanks to the development of its high-tech campus and in the manufacturing industry. Other cities should also work on their positioning in order to take advantage of economic growth.

According to CBRE, the profile of cities is growing in importance when it comes to companies deciding to set up business. Recognition and city identity also matter to residents.

I would question the plan for a “New Amsterdam”, calling for a single government for the five major cities. This is because residents’ votes and level of engagement are growing in importance, especially when it comes to urban development, where living and working are becoming increasingly intertwined. This is demonstrated in the increasing success of local parties during the municipal elections. The fact that cities have different characters is actually a strength. The advent of a single government for New Amsterdam would be more likely to represent a step back than progress.

For its stress test, CBRE compared the relevant factors at play in the relationship between supply and demand. This involves looking at current office stocks, stocks in development and availability, take-up and vacancy levels.