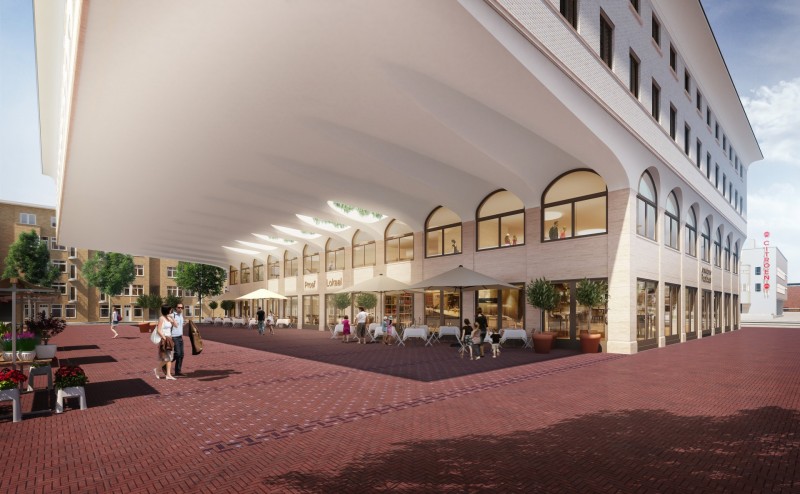 Zuidblok Stadionplein will consist of a culinary center on the ground and first floor and a hotel with sixty hotel apartments on the second and third floor.The underground car park will have room for 221 parking spaces.

The construction of the new building will start mid May 2015. The estimated construction period is approximately 18 months.

CBRE acted on behalf of Vink Bouw and IQNN Vastgoed.