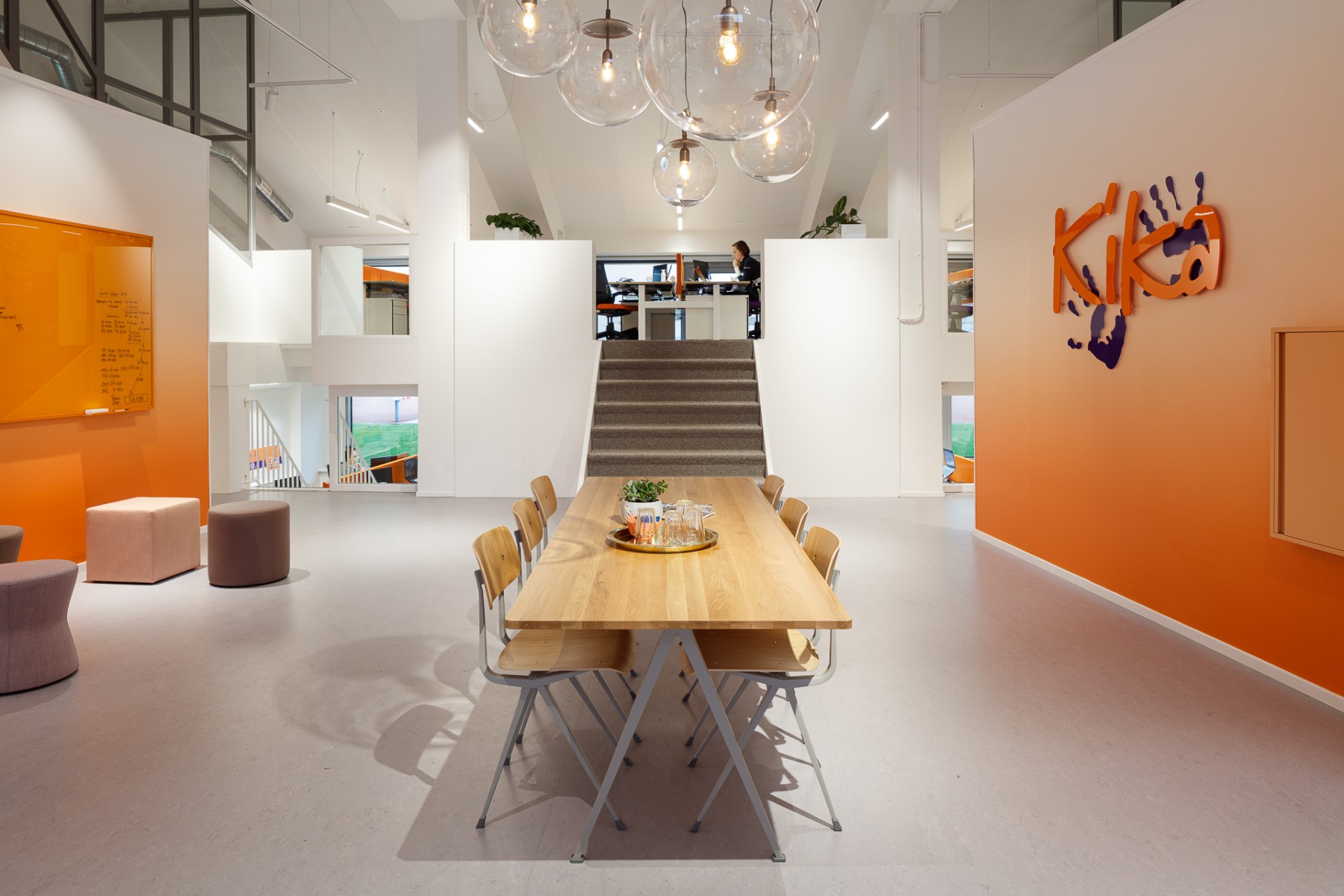 KiKa, the Dutch Children Cancer-free Foundation, moved into Olympisch Stadion 11 in Amsterdam in early December. KiKa has agreed a long-term lease with BouwInvest for more than 500 sq. m. of office accommodation. The move will see the Foundation relocate its offices from Amstelveen to the Olympic Stadium in Amsterdam.

KiKa’s new offices are located in the catacombs of the Olympic Stadium, overlooking the arena. Built for the Olympic Games of 1928, the stadium has maintained its original glory despite far-reaching renovations. It is located in a lively neighbourhood that has become increasingly attractive in recent years, including for businesses.

The interior design for KiKa’s new offices was developed in co-creation between KiKa and CBRE. Because the offices are located under the stands of the stadium, this is a highly characterful space, with a phenomenal view towards the stadium. The working areas capture a lot of natural light and the entrance is open and informal. The interior was designed to reflect KiKa's image as a place where staff and visitors always have a smile on their faces.

To make the interior design a reality, an impressive team of project partners was assembled, enabling the new offices to be completed in just two months.

Frits Hirschstein, KiKa’s founder: “In recent years, we have seen enormous growth in revenue and reputation, but also in terms of our people. Our premises in Amstelveen were bursting at the seams and we’re delighted with the new location in the Olympic Stadium. This place is the perfect match for KiKa. Sport is an important part of our fundraising activities but also symbolises health. That’s what we aim to achieve: health for all children. We could never have done this on our own. Once again, CBRE has applied all its knowledge, experience and expertise to arrange the lease, the project management and interior design for us. We owe them a great debt of gratitude for that!”

Health for all children

Since 2002, KiKa has worked to help more children recover from cancer. Some 75% of children now survive the disease, but the target for 2025 is 95%. To achieve this, KiKa raises funds for groundbreaking research and organises a range of activities, many involving sport, such as the KiKarun and the Giro di KiKa.

CBRE has been a KiKa ambassador for many years and in that role assisted the Foundation in arranging the lease, the project management and the interior design for the new offices. The landlord, BouwInvest Dutch Institutional Office Fund N.V., was advised by CBRE Property Management.

The city of Leiden buys bus depot at Rijnsburgerweg

Reshape Properties sells 128 homes in The Hague to Amvest

ba&sh leases first store in the Netherlands on P.C. Hooftstraat